Synthos S.A. is accelerating its investments in new types of rubber 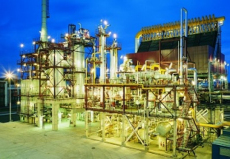 The Synthos SA group is continuing the investment projects already begun. The polybutadiene rubbers will be manufactured using the neodymium catalyst (PBR Nd). The technology for the production was purchased from Michelin and belongs to the world's newest generation of rubbers applied in tyre production. Due to improved characteristics and better performance, and the new European requirements regarding tyre parameters, the new Nd PBR will replace other types of rubber in the compounds of premium tyres.

The neodymium technology is more environmentally friendly, which means less energy is needed than for previous systems, and in addition to this an odourless solvent is used. Tyres which are manufactured using polybutadiene rubbers display excellent resistance to dynamic loads while their resistance to abrasion is also high. These properties extend the tyre lifetime and significantly reduce rolling friction, which leads to savings in fuel consumption.

"Michelin, as the supplier of the technology, will also be a customer for part of the production, according to a long-term contract. The remainder of the production will be sold under our own brand to other manufacturers in Europe and around the world. All the major tyre manufacturers have already confirmed their interest in the product. The market will see an increase in demand for PBR Nd rubber, owing to a resolution adopted by the European Parliament in May, which establishes the maximum permissible values associated with the use of car tyres, i.e. rolling friction, noise, adhesion, resistance to bursting," – explains Dariusz Krawczyk, Chairman of Synthos S.A.'s Board of Management.

The conditions imposed on tyre manufacturers will result in it being extremely difficult to produce tyres which meet the EU standards without using a PBR Nd rubber mix.

The investment is being realised at the Synthos plant in the Czech Republic.

A new butadiene extraction unit, the only Greenfield butadiene capacity to be built in Europe for many years, will increase the company’s backward integration to butadiene, as well as being able to increase rafinate 1 supplies to the neighbouring refinery. The new unit is part of JV with Unipetrol a.s. After production is initiated, Butadiene Kralupy a.s. will supply Synthos Kralupy a.s. with butadiene – the principle raw material for rubber manufacture, while the rafinate 1 produced will be supplied to companies affiliated to Unipetrol. The investment will be completed in the first quarter of 2010.

The value of the investments realised within Synthos S.A. over the next two years will total around 100 million euro.

Realisation of these investments will enable the product range to be expanded and the market share to be increased in the tyre industry - a strategic business area for Synthos S.A.