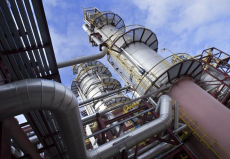 Although mutual cooperation of Poland and the Czech Republic has accelerated in recent years, specifically in the area of foreign direct investment, there is still room for broader development of mutual relationships. This is one of the findings of the ‘Poland-Czech Republic-Germany – Mutual Relations, Cooperation and Growth’ report, compiled by the independent Institute of Public Affairs for PKN ORLEN. The survey demonstrates that mutual relations between the three countries could, in fact, produce very tangible benefits for the entire European Union.

The main findings of the study, focused mainly on Czech-Polish relations, were presented to the audience by Unipetrol and PKN ORLEN l representatives at today’s conference  held in Prague. The report, only recently published, testifies to the high quality of mutual relations and suggests concrete actions to promote further integration of Poland, the Czech Republic and Germany as a powerful block in the region.

Andrzej Kozłowski, Member of the Board of Directors of Unipetrol and  Executive Director for Strategy and Project Management at PKN ORLEN, explained that “For business enterprises, entering a foreign market is always a challenge, particularly in Europe where certain cultural preconceptions can modify one's judgement throughout the business day. Being an active investor in Poland as well as the Czech Republic and Germany, we ventured to undertake an unbiased study of these three-party relations. It turns out that the view is not so bleak, and what's more, with a little extra effort to strengthen relations, and with more support from business circles and the public administration as well as the introduction of concrete measures, Poland’s, the Czech Republic’s and Germany’s position in the European arena could be substantially fortified.”

The research has shown that the Polish, Czech and German nations differ in terms of their cultural dimensions – power distance and uncertainty avoidance are the highest in Poland, while the Czechs are the most short-term oriented and the Germans endorse individualism to a larger extent than their two Slavic neighbours. But the key values of good health and family remain the same in all three cultures. In spiritual matters, the Czechs care the least about religion, which is an essential part of Polish culture, while none of the three nations are much interested in participating in political life.

The research findings are clear about the benefit of recent years’ experience of increased direct interaction with each other, which has largely softened the old stereotypes and prejudices. The investigation of mutual perceptions between the Poles, Czechs and Germans has revealed that the three nations are actually quite fond of one another. They are also very accepting of having people from their neighbouring countries as their bosses and co-workers. This surely helps in creating an atmosphere conducive to cooperation, also on  business bases.

Unipetrol, which became part of the PKN ORLEN in 2005, is the largest Polish investment in the Czech Republic. In this respect, the relations especially from social perspective between Czechs and Poles are part of everyday life of both companies. “The investigation of mutual perceptions between the Poles, Czechs and Germans is of special importance to us. The insight, the study offers, can help us identify new synergies, that will be in use not only for our company, but also to other businesses from the Czech Republic, Germany and Poland,” commented Marek Switajewski, CEO and Chairman of the Board of Unipetrol.

Together, Poland, the Czech Republic and Germany contribute a full 25% of the European Union’s GDP, and so assessment of the possibility of intensifying their business relations was a vital part of the research. The rationale was that closer economic ties between the three could have a major impact on the economy of the EU as a whole, while trends and tendencies originating amongst us (for instance in the energy sector), could then set the tone for changes implemented throughout the wider Community. According to the findings of the research, the energy sector is where most respondents would gladly see increased cooperation between the three nations.

Germany leads the way in RES generation with as much as 22% of its total energy production coming from renewable sources, and thanks to its Energiewende policy, over the next decade this proportion is expected to soar to 48%, mainly at the expense of nuclear power. And it is the Germans' energy policy which offers an opportunity for the strengthening of their working relations with Poland and the Czech Republic, especially with the availability of RES (photovoltaic cells, wind turbines) being still largely unstable, and with as-yet unresolved energy storage issues.

As regards the current status of our trilateral business relations, the report points to Germany as the region’s leader (particularly in trade), with its 30% share in Polish and Czech trading volume (by comparison, Poland and the Czech Republic together account for 7% of Germany’s total exports and 8% of its total imports). Accordingly, it is imperative for the Poles and Czechs to muster the motivation to increase their competitiveness to match the Germans’ lead.

Acting in unison, Poland, the Czech Republic and Germany would be able to offer a lot to the European Union and significantly contribute to the region’s economic growth. However, the authors of the report emphasise the need for further strengthening of cross-border cooperation and continued efforts to bring the nations closer together. Representatives of business circles and the public administration could, by working together, play a vital role in the process – their commitment could bear tremendous fruit in improving the image of each country with its neighbours. Debate initiated by such opinion-makers is considered by the authors of the report as being the right way towards debunking the deeply-rooted stereotypes and misconceptions that still shackle Polish-Czech-German relations.