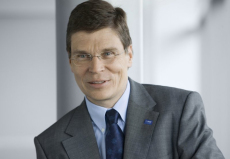 BASFís business performed solidly in the second quarter. The company improved sales by 6% to Ä19.5 billion and income from operations (EBIT) before special items increased by Ä253 million to Ä2.5 billion.

While sales volumes declined in the chemicals business, which comprises the Chemicals, Plastics, Performance Products and Functional Solutions segments, the main contribution came from the strong performance of the Agricultural Solutions and Oil & Gas segments. In the first half of 2012, sales were €40.1 billion, 6% more than in the same period of the previous year. At over €5 billion, EBIT before special items matched the level of the first half of 2011.

At the presentation of the company’s second-quarter results, Dr. Kurt Bock, Chairman of the Board of Executive Directors, commented on the growing economic risks: “Our customers are continuing to act cautiously and are reducing their inventories, also in expectation of falling prices due to declining raw material costs.” In addition, the Chinese growth engine has started to stall leading to a decrease in BASF’s sales in local-currency terms in Asia in the second quarter, as they also did in the first quarter of 2012, explained Bock.

A look at the economic developments in the past months and at the order books have led BASF to become more cautious about its expectations for the global economy in 2012 than originally expected at the beginning of the year (previous forecast in parenthesis):

An average euro/dollar exchange rate of $1.30 per euro

BASF does not expect an upturn in demand in the second half of 2012 compared with the first six months of the year. Pressure on margins will continue, although it may be somewhat lessened due to slightly lower raw material costs.

Bock said: “It remains our goal to increase sales and earnings compared with the second half of 2011. Our forecast is especially supported by the resumption of our crude oil production in Libya. It is unlikely that the earnings from our chemicals business will match the level of the previous year. We still aim to exceed the 2011 record levels in sales and EBIT before special items.”

To counter the challenges of the markets and the great political and macroeconomic uncertainties, BASF wants to protect its margins and create value. The excellence program, STEP, announced in November 2011, which is expected to contribute around €1 billion to earnings each year as of the end of 2015, is fully on track. Measures will be accelerated and spending carefully analyzed. BASF is continuing to optimize its working capital, as is demonstrated by the good cash flow development in the second quarter. Although the company had planned a slight increase in its workforce in 2012, especially in emerging markets, it will slow this down due to the lack of visibility as to when business in Asia will pick up again.

Second-quarter business development in the segments

In the Chemicals segment, sales were slightly below the level of the previous second quarter, primarily due to lower sales volumes. Along with weaker demand, the optimization of the supply chain for steam cracker products, carried out in the third quarter of 2011, contributed to this decline in volumes. Sales to Styrolution Group companies had a positive impact on sales development for the segment. Earnings decreased significantly as a result of falling margins and the scheduled maintenance shutdown of several plants.

Sales in the Plastics segment surpassed the level of the second quarter of 2011. While sales volumes were weaker, positive currency effects in particular boosted sales growth. Lower margins for some basic products led to a significant decline in earnings.

Sales in the Performance Products segment grew slightly compared with the previous second quarter, largely as a result of positive currency effects. Sales volumes were lower. Increased raw material costs could not be fully passed on through higher sales prices. Earnings therefore declined due to lower margins and volumes.

Sales in the Functional Solutions segment increased. In addition to the inclusion of 50% of the Korean joint venture Heesung Catalysts Corporation, positive currency effects were particularly responsible for sales growth. This was partially offset by lower prices, especially in precious metals. Earnings did not match the level of the previous second quarter, primarily as a result of higher raw material costs.

Business was very successful in the Agricultural Solutions segment. Sales volumes increased in all indications and regions. Furthermore, higher sales prices and positive exchange rate effects contributed to significant sales growth. Earnings were also considerably above the level of the previous second quarter. At €833 million, EBIT before special items in the first six months of 2012 already exceeded the amount for the full year 2011 (€810 million).

Increased volumes as well as higher gas prices led to significant sales growth in the Oil & Gas segment. Volumes grew in natural gas trading due to greater demand on spot trading markets. After the suspension of production in Libya from February to October of the previous year, it was possible to continuously produce crude oil there throughout the second quarter of 2012. Earnings before tax therefore considerably exceeded the level of the previous second quarter. Net income in
Oil & Gas declined.

Other posted a decline in sales, largely as a result of the divestiture of the styrenic plastics business, which was contributed to the Styrolution joint venture as of October 1, 2011. Earnings in Other improved as a result of lower provisions for the long-term incentive program, while an expense had been incurred in the previous second quarter.

Business development in the regions

In Europe, sales increased by 9% in the second quarter of 2012. Volumes in the Agricultural Solutions and Oil & Gas segments grew significantly. Sales rose considerably in the Chemicals segment due to portfolio effects. EBIT before special items grew by €467 million to €1.9 billion, thanks to the higher contribution from the Oil & Gas and Agricultural Solutions segments.

In North America, sales in the second quarter fell by 15% in U.S. dollars and by 5% in euro terms. This was mainly the result of lower volumes due to plant shutdowns and the optimization of the supply chain for steam cracker products in the third quarter of 2011. Sales in the Agricultural Solutions segment grew in all indications thanks to high demand. Lower margins in the Petrochemicals division as well as higher fixed costs resulting from plant shutdowns led to a €127 million decline in earnings to €330 million.

Compared with the same period of 2011, sales in the Asia Pacific region were down 1% in local-currency terms and up 9% in euro terms. Positive currency effects more than offset reduced sales prices. Sales rose significantly in the Catalysts division, mainly due to higher sales volumes. Weaker margins, especially in the Petrochemicals division, led to a €57 million decline in earnings to €229 million.

Sales in the South America, Africa, Middle East region rose by almost 1% in local-currency terms and in euro terms. While the business with crop protection products was very successful, sales in the Catalysts division declined due to lower volumes. Earnings in the region decreased by €30 million to €54 million. 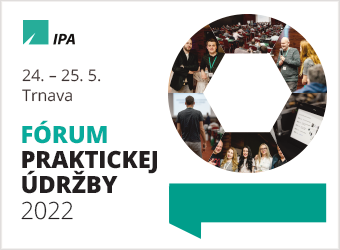