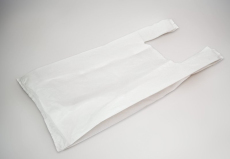 The European Commission has proposed that Member States reduce their use of lightweight plastic carrier bags. Member States can choose the measures they find most appropriate, including charges, national reduction targets or a ban under certain conditions.

Environment Commissioner Janez Potočnik said: "We're taking action to solve a very serious and highly visible environmental problem. Every year, more than 8 billion plastic bags end up as litter in Europe, causing enormous environmental damage. Some Member States have already achieved great results in terms of reducing their use of plastic bags. If others followed suit we could reduce today's overall consumption in the European Union by as much as 80%."

Technically, the proposal amends the Packaging and Packaging Waste Directive with two main elements. First, Member States are required to adopt measures to reduce the consumption of plastic carrier bags with a thickness below 50 microns, as these are less frequently reused than thicker ones, and often end up as litter. Second, these measures may include the use of economic instruments, such as charges, national reduction targets, and marketing restrictions (subject to the internal market rules of the Treaty on the Functioning of the EU). The high reduction rates achieved in some EU Member States, through the introduction of charges and other measures, show that results can be achieved through effective action.

The proposal follows on from measures taken by individual Member States and from calls by EU Environment Ministers on the Commission to assess the scope for action at EU level. It comes after extensive public consultations that found broad support for an EU-wide initiative in this area.