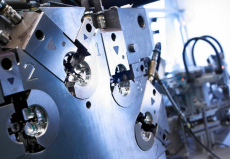 Anyone who uses complex and often expensive moulds wants to be able to handle these in the simplest an safest way possible. For this purpose, the "Subsequences" function of the SELOGICA control system offers a practical solution which gives machine operators the certainty of doing nothing wrong. Especially when it matters: in stressful situations such as restarting after interruptions or malfunctions. But what exactly is behind this function?

Fundamentally, a sub-sequence works like a sort of “automatic” during manual and set-up operation. Based on the machine production sequence, the individual steps to be performed can be freely combined. Regardless of their position and function. This applies, e.g. to intermediate stopping as well as monitoring functions for the machine, mould and peripheral signals. The creation of a subsequence is extremely simple to perform by highlighting parts of the production sequence.

Four sub-sequences individually configurable
A total of four different “automatic sequences” can be created to form one production sequence. These are stored in the data record. Individual settings options are also available for each of the sequences (see illustration below).

First, it can be defined whether complete machine monitoring is to be active for the sub-sequence or whether it only monitors itself. It may, for example, make sense, in the case of functions such as wire or strip feeds, to have them run independently of the mould.

A further interesting option is assignment of a sub-sequence to a freely selectable key of the SELOGICA control panel. If, for example, the ejector must never move in isolation, but always together with a slider in the mould, the “advance ejector” and “retract ejector” keys can be assigned the relevant movement combinations. Collisions in the mould through the inadvertent pressing of keys are thus prevented.

Finally, the operating mode for the sub-sequence can also be set. During manual operation, the relevant sequence only runs when the key is pressed. During set-up operation, it is only necessary to press the start button and the complete sequence is run through. For test purposes, it is also alternatively possible to run a sequence step-by-step.

Efficient working thant to sub-sequences
In essence, the SELOGICA “Subsequences” function is recommendable for all moulds with core pulls. This allows malfunctions to be rectified much more easily, more reliably and also faster. All the functions can be executed with the mould closed, without the individual monitoring systems having to be first deactivated and then reactivated again. All that then needs to be considered and determined with the sub-sequence is how a mould is opened without causing collisions. During everyday production, this can significantly facilitate the machine operator’s task.

A further advantage is that production sequences such as "eject finished parts" can also be performed at the touch of a key during manual operation. This helps, for example during machine start-up and contributes to a smooth production start. Moreover, certain functions are only made possible by means of sub-sequences during manual operation. In addition to the ejector and core pulls, this also includes the air blast function and peripherals. A good example is retraction of a brush device in the mould while the brush is rotating. All in all, sub-sequences represent a useful aid for performing a wide variety of takes even more efficiently.