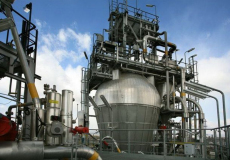 Results from January to the end of September were adversely affected by overhauls, for which the volume of production and sale of petroleum products decreased this year, as well as adverse developments in the external environment. Net revenues of the SLOVNAFT Group at the end of the third quarter decreased year on year by 16 percent to 3.03 billion euros. On the contrary, the volume of investments that the company has made within the overhauls, the reconstruction of production units and the ongoing construction of a new production line for polyethylene LDPE4 more than tripled to 147 million euros.

"In the coming period, we expect a more complicated situation in the area of revenue creation, as the following months bring a traditionally lower demand for oil products, as well as worsening movement of the products prices and crude oil prices on international commodity exchanges. The potential negative change of the security situation in Ukraine can make the situation even more complicated, which could result in a steeper rise in energy prices, which are the most important refinery cost items in addition to crude oil," said Chairman and CEO of SLOVNAFT, a.s., Oszkár Világi.

In the first nine months of this year, Slovnaft processed 3.81 million tons of crude oil in the Bratislava refinery, which was 14 percent less than the same period in 2013 due to overhauls. Year-on-year motor gasoline production in the three quarters of the year fell by 23 percent to 840,000 tons. The production of diesel fuel was also reduced to 1.78 million tons. Conversely, a modest 1 percent increase to 245,000 tons was evidenced in the production of petrochemicals.

Sales of SLOVNAFT Group's petroleum products from January to the end of September fell year on year by 13 percent to 3.97 million tons. From this volume, almost three quarters were directed for export. However, the actual sales on foreign markets decreased, while domestic sales increased by 2 percent to 1.12 million tons.