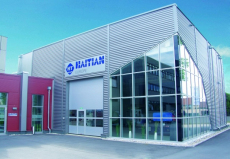 “The Ebermannsdorf location is perfect for presenting our entire product portfolio” says Uwe Baer, Managing Director of Haitian Europe GmbH. With this, HTE is following the general business philosophy of Haitian In­ternational: concentration on standard machine business. “Meanwhile, we are able to cover more than 80% of all applications in the European market. With a range from 400 to 66,000 kN, we offer a huge selection of servo-hydraulic and fully electric machines in fine gradations. At the same time, we have redefined the level of quality in the standard machines: all Haitian and Zhafir series come with energy-efficient drive technologies as basic equipment.”

Haitian Europe, based in Nuremberg/Germany since 2010, fulfills three important functions for the Haitian Group’s marketing and for its overall success:

As the European head office, Haitian Europe’s responsibilities include technical support, the warehousing of machines and spare parts, and marketing support, and it pools the exchange of experience and the trans­fer of information as a communication channel with the headquarters in Ningbo. For several years now, our distributors in a total of 16 countries have demonstrated market stability and have thus achieved over the last three years market shares starting with 9% in 2010 and achieving 12% in 2013.

80% of the total key accounts of all European plastics processing compa- nies have their headquarters in Germany and France. Philippe Porret, HTE Technical Director and Key Account Manager for Europe, goes on to say: “Every fifth project ís now a Key Account Project in which machines are configured and tested and then ordered for the subsidiaries worldwide, as for example in Eastern Europe.” The subsidiaries in the Czech Republic and Slovakia have achieved successes in 2013; in both countries, they have been able to consolidate their positions with market shares of 18% and 20% respectively. Note: It was possible to double the sales figures for the fully electric Venus and many new projects were also implemented with the Mars and Jupiter machines.

Expansion of the sales network in Germany

Germany is still a difficult market for machine manufacturers from China. Over decades, European brand suppliers have established a good reputation and continue to dominate the major portion of the market. Nonetheless, Haitian and Zhafir are catching up. For some time now, both brand names have been able to disassociate themselves from the category of cheap product suppliers and to win over numerous companies with high-quality and efficient machines at affordable prices. “Although many decision-makers are still hesitant about testing new brands and about cooperation between Germany and China, they are coming around to the idea little by little. We are on the right track” says Professor Helmar Franz, Board Member and CSO of Haitian International.

Nevertheless, Ningbo headquarters evaluates very positively the HTE’s work as the head sales office in Europe and the sales team headed by Philippe Porret enjoys the highest level of confidence. “For us, Haitian Europe is an indispensable technological bridgehead to Europe,” says Zhang Jianming, CEO Haitian International, “even if the figures don’t show this until they are looked at more closely. For example, approximately 150 machines have been installed in Germany to date. On the face of it, this may not be impressive, but among these 150 projects there were a great many lighthouse projects.” Prof. Franz adds: “What we call lighthouse pro­jects in-house refer to stratégie key customers with multiplier effects because they play a leading role in their branch of industry. But iťs also because as global players they order a good number of additional machines for their subsidiaries worldwide.”

Uwe Baer: “Here in Germany, we have decided that this is a marathon, not a sprint. With a lot of patience and backed by a strong headquarters we are convincing more and more processors of the quality and reliability of our machines. And we make a clear commitment to our capabilities. Extensive special machinery with expensive components is not our busi­ness. We offer only what we can do best: standard machines that fulfill the core funetions of injection molding and enable the processor to face the inereasing pressure from costs. 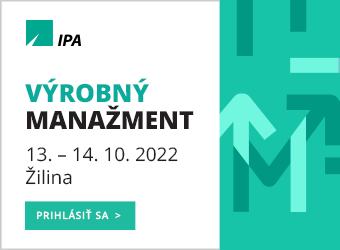