Deepening global economic crises and recession in Q1 2009 negatively impacted the results of the Slovnaft Group, mainly due to significantly lower quoted crude and oil product prices and weaker domestic demand. Despite of this fact Slovnaft succeeded to increase sales volumes of oil products by 0.8% y/y to 1338 kt. Export grew by 7% y/y, on the other hand domestic sales decreased by 16.9/, affected also by shopping tourism into neighboring countries (mainly Hungary, Poland and the Czech Republic), triggered by the weakening local currencies against EUR and weaker GDP growth in Slovakia due to crisis. Retail fuel sales were lower by 11.9% y/y, however ECO+ Autoplyn sales continued to grow.

„To soften the impact of the global economic crisis and recession on the Group, management adopted a series of measures already at the end of 2008. Therefore, despite the worsening external environment in Q1 2009, Slovnaft managed to compensate weaker domestic demand for refinery products by higher export sale, which along with production and sales optimization allowed the Company to maintain its refinery production on comparable level as in the same period of 2008. At the same time “anti-crisis” measures resulted in a higher cost discipline in both operational and CAPEX areas and thus created preconditions for efficient operations also in the future„ commented the results Slovnaft´s CEO Oszkár  Világi.

Due to the fact that the company managed to compensate lower domestic demand by higher export sales, crude processing remained practically at the comparable level to Q1 2008. Motor gasoline production in Q1 2009 was inter-annually higher by 15.6 kt. In Q1 2009, Slovnaft produced motor gasoline with ETBE (Ethyl-Tertiary-Butyl-Ether) representing 67.5% from the total motor gasoline production and also motor gasoline with direct blending of ethanol for export markets representing 32.5% from the total motor gasoline production. In Q1 2008, only motor gasoline with ETBE was produced. Motor diesel production increased by 13.9 kt compared to Q1 2008. In Q1 2009, Slovnaft produced only motor diesel with low-sulphur-content (10 ppm), thereof 80.6% represented motor diesel with FAME (Fatty Acid Methyl Ester), compared to 75.9% in Q1 2008.
Despite slightly higher sales of refinery products compared to Q1 2008 Slovnaft Group recorded an operating loss excluding the main one-off items of EUR -25 mln compared to EUR 44 mln profit in Q1 2008. Net Q1 2009 loss of the Group was EUR 11 mln compared to EUR 41 mln profit a year ago. The main reason was the unfavorable development of the external environment as a result of the global economic crisis, which was reflected mainly in the drop in quoted prices of crude oil and motor fuels compared to the previous year. Other important factor was lower inventory changes, compared to Q1 2008 by EUR 40 mln as a result of lower inventory stockpiling, due to the general turnaround planned for May 2009 when compared to 2008. This effect will however weaken during the year as the inventories return to normal operating levels. In Q1 2009, the crude oil price averaged at 44.5 USD/bbl and compared to Q1 2008 decreased by 52.3 USD/bbl.

In Q1 2009, the capital expenditures of the Slovnaft Group represented EUR 18.9 mln (EUR 1.6 mln lower compared to Q1 2008) and were focused mainly on the production efficiency improvement, maintenance of operational reliability and further quality improvement. The significant part of investments was directed to ecological projects. 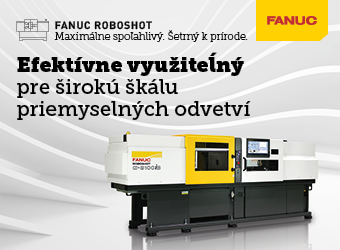