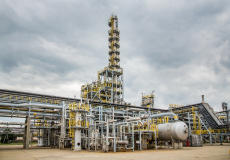 „SLOVNAFT Group utilized in the first quarter the positive development in petrochemical margins and due to maximized production, together with revived demand for oil products both on domestic and export markets achieved the best financial result for the first quarter since 2013. Demand was supported by lower product prices, while lower raw material prices positively affected our production costs,“ said Chairman and CEO of SLOVNAFT, a.s. Oszkár Világi.

In the first quarter Slovnaft processed in the Bratislava refinery 1.45 million tons of crude oil, which was roughly at the level of the same period last year. Motor gasoline production in the first three months of the year increased year-on-year by 16 percent to 335,000 tons and diesel production increased by 3 percent to 727,000 tons. A significant increase of about 29 percent to 97,000 tons was reported by petrochemicals production, while those at the beginning of the year recorded an increase in margins on the international markets by up to 64 percent.

„We are glad that in this period we are moving in line with the schedule into the final phase of construction of new, modern and energy efficient production line for polyethylene production. Launch of this unit at the end of this year may bring further improvements in Slovnaft’s results,” said Oszkár Világi. In petrochemicals, in particular the construction of a new production line for polyethylene LDPE 4, investments in the amount of 17.1 million euros have been made. Slovnaft reached 24 million euros in total capital expenditures in the first quarter, roughly at the level of last year.

Sale of oil products from the SLOVNAFT Group made from processed crude oil and other raw materials in the first quarter was up 8 percent to 1.4 million tons. Of this volume, three quarters were destined for export. Sales in foreign markets increased by 9 percent to 1.06 million tons, domestic sales increasing by 6 percent to 343,000 tons.

By the end of March, the company was operating 213 filling stations in Slovakia. 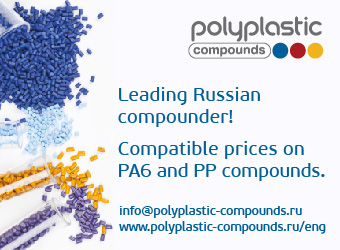