Unipetrol recorded significant improvement of sales volumes in all segments 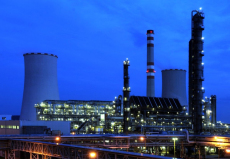 In Q1 Unipetrol Group posted revenues of CZK 28.809 bn, indicating an increase of 16% y/y compared with the first quarter of 2013. The increase was especially driven by the operation of higher refining capacity in Ceska rafinerska (67,555%) since February, upon successful completion of the acquisition of the Shell’s 16.335% stake on 31 January.

Unipetrol recorded a positive operational profit EBITDA LIFO of CZK 1.857 bn. Operating profitability was positively influenced by a gain on acquisition of CZK 1.186 bn related to the transaction in Ceska rafinerska. This positive one off item stems from the purchase price of USD 27.2 m, which is significantly below the fair value of assets acquired. The petrochemical segment recorded best results during last few years and retail segment performance improved significantly y/y compared with the first quarter of 2013.

„We increased sales volumes in the petrochemical segment by 9% y/y, which in combination with the high margins led to an operating profit of 1 billion CZK. Within the retail market the positive effects of the new legislation for mitigation of illegal imports are visible. Compared to a very bad situation last year, the business environment of the fuel market partly improved, but we still see further attempts of gray zone companies to regain positions on the market," said Marek Świtajewski, Chairman of the Board of Directors and CEO of Unipetrol. „The beginning of this year was difficult mainly from the perspective of refinery sector, which was still facing very depressed levels of refining margins," added Marek Świtajewski.

In the refinery segment, the volume of crude processed in Q1 reached 1,125 kt, which represents 26% increase y/y. Nominal utilization ratio reached 83% in Q1. The refinery segment recorded EBITDA LIFO of CZK 752m in 1Q14, mainly due the positive impact of CZK 1.186 bn of gain on acquisition. Excluding this operation, the segment result would be negative, as a result of weak macro environment, especially low refining margins. Group sales of refinery products increased to 914 kt (24% y/y) in Q1, mainly due to completion of the transaction and increased share in Ceska rafinerska from February but also due to higher diesel sales thanks to moderate economic recovery in the Czech Republic and partial mitigation of gray zone.

The retail segment recorded a positive EBITDA LIFO of CZK 100m in 1Q14 (+56m y/y), mainly due to better fuel margins, higher fuel sales volumes, caused by moderate economic recovery in the Czech Republic, mild winter and partly by the new legislation for mitigation of illegal imports (amendment to Act on Fuels in force from October 1st). Better results of the segment were also affected by higher non-fuel sales, driven by STOP CAFE fast food restaurant concept. On the other hand, the segment was negatively impacted by ongoing imports of fuels within gray zone.

On 28 March 2014 Unipetrol and PKN ORLEN signed an annex to the crude oil supplies agreement, which provides monthly increase of crude oil deliveries to Unipetrol RPA by 50 thousand tons of REBCO crude oil. The Annex is valid from 1 April 2014 to 30 June 2016 and secures additional needs for the company’s crude oil deliveries in relation with Unipetrol‘s ownership rights in Ceska rafinerska (67.555% shareholding).

On 31 January 2014 the transaction of acquisition of 152,701 shares amounting to 16.335% of the Ceska rafinerska’s share capital from Shell with the purchase price for the shares in the amount of USD 27.2 million was completed. Based on the successful completion of the transaction Unipetrol’s stake in the Ceska rafinerska’s share capital has increased from 51.22% to 67.555%.